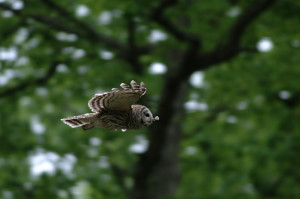 Time is running out to register for the 12th annual Olympic Peninsula Birdfest, and the events are filling up fast.

The main events of the Olympic Peninsula Birdfest begins Friday, April 10, 2015 and continues through Sunday, April 12, 2015. However, if you can’t wait to begin birdwatching, come enjoy Neah Bay Birding by Land and Sea, a trip that begins Tuesday, April 7 and lasts through Thursday, April 9th, 2015. And if you’d like to keep the fun going, there is the San Juan Cruise, April 12th – 14th, 2015.

Widely known as an excellent spot for birdwatching, North Olympic Peninsula also offers a great area for birdwatching enthusiasts to gather and witness a wide variety of species at its annual Olympic Peninsula Birdfest held in Sequim. How can there be that many different types of birds to watch, you ask? Honestly. It’s all about timing. The festival is planned with the coincidence of wintering birds and the start of spring migration. So it’s an ideal time for bird watchers to come out and see several varieties of fowl in the Olympic Peninsula, which offers a backdrop mixed of woodlands, coastal plains, and inlets.

This Event is for the Birds 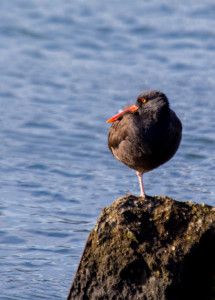 As listed at the Olympic Peninsula Birdfest website, the variety of bird species for watching is large. Register for one of two private tours to the Endangered Waterfowl Breeding Sanctuary, which will allow visitors to see such species as the Common Eider, the Spectacled Eider, the red-breasted Goose, and the Smew.

The Olympic Peninsula Birdfest is managed in such a way as to maximize the number of birds watched in a variety of environments and to offer all ages the opportunity to catch glimpses of nature’s common and nature’s endangered fowl species.

Field Trips to Various Regions of the Olympic Peninsula

The BirdFest will feature numerous events, and each promises a unique and delightful experience for birdwatchers.

Field trips will take birdwatchers to the following areas:

Evening trips will navigate birdwatchers through woodlands to sight songbirds and perhaps locate owls in the evening. Birdwatchers can also enjoy boat trips to Protection Island.

Check out our webcams page to see other notable regions of the Olympic Peninsula.

Deputy Director of the National Audubon Society since 2014, Smithson-Stanley has an impressive resume of leading communications efforts about climate change impacts and has experience directing strategic media communications. She will be speaking at the festival’s banquet on Saturday, April 11, 2015. Come hear her as she educates and informs, bringing light to an impactful topic and learn how she is helping lead the way in the Audubon’s new science.

Enjoy salmon from Kokopelli Grill, and dessert cupcakes from That Takes the Cake. Advance reservations are required to attend the banquet.

Sponsors Who Help Give Flight to the BirdFest

The Olympic Peninsula Audubon Society, the Dungeness River Audubon Center, and the Jamestown S’Klallam Tribe partner to sponsor event, and it is further supported by a grant from the Sequim Marketing Action Committee. Find out more about the Olympic Peninsula BirdFest sponsors here.

Be sure to check out the BirdFest site for the full list of events and descriptions. When you’ve decided which events you’d like to enjoy, register here.

Before you plan a trip to the North Olympic Peninsula, let the web cameras on this site serve as a guide to some of the more natural and pristine views this region has to offer. The unique climate, forested and mountainous regions, and sweeping coastal plains offer myriad experiences for natural and hiking enthusiasts seeking a place of escape, contemplation, and respite from concrete jungles. The various Olympic Peninsula web cameras to which we are linked are updated daily, and can give you a quick glimpse of the weather in a given area.

It’s fitting that in one of the most naturally pristine regions of the world that there should be a center that pursues a scientific approach to solving problems regarding forestry and marine sciences. Working as a part of the University of Washington, the Center, based in Forks, houses a pool of expertise in forest resources, and ocean and fishery sciences. It is a center that focuses on collaborative efforts and seeks to pave the way from education to outreach, gathering researchers, students, professionals, and the public.

Confluence of the Sol Duc and Bogachiel

Merging to form the Quillayute, the Sol Duc and Bogachiel meet one another in this web cam view, before the Quillayute flows to meet the sea. The Sol Duc runs for approximately 78 miles, possessed of several tributaries along the way. A variety of fish occupy its streams, but it is well known for wild winter steelhead spawning and coastal cutthroat trout. With a similar ecosystem of fish, the Bogachiel is around 50 miles in length. Since the headwaters of both the Bogachiel and the Sol Duc are not fed by glaciers, their fishing seasons are longer since they don’t experience spring and summer flooding that would otherwise load the current with sediment and make fishing difficult or impossible.

Surrounded by a network of hiking trails, this lake is the result of a landslide several millenia ago that segregated it from Lake Sutherland. As a result, two genetically isolated fish — the Crescenti and Beardslee trout — now inhabit Lake Crescent. This pristine region of the Olympic Peninsula offers all the natural recreation one could want at any time of the year. Its waters fare well with visitors during summer and fall. But it never loses the sense that its natural beauty remains undefiled and largely separated from the developed areas of the world.

An unincorporated community on the border of Jefferson County and Grays Harbor County , situated near the Pacific Ocean and lies along the Queets River, bordering the northern reaches of the Quinalt Indian Reservation. Residents of Queets are primarily Native American of the Quinault Indian Nation. Queets is near the Olympic National Park and the Olympic National Forest.

Named for its the windstorms and gales that greet it, Hurricane Ridge is a popular spot for hikers, skiers, and anyone seeking to appreciate a sweeping view of the Olympic Mountain range. Access to it is gained via paved road from Port Angeles. What’s more, its elevation ensures that snow can fall there throughout the year, and makes the Ridge all the more primal thanks to the sometimes erratic nature of its weather.

Situated at the end of the 5.5 miles-long Dungeness Spit, the longest natural sand spit in the world, the New Dungeness Lighthouse has a rich history that began in 1857. Learn more.

First opened in 1961, the bridge experienced a massive failure brought on by Mother Nature in 1979, when, after withstanding several hours winds at 85 mph (gusts at ~120 mph), the pontoons supporting this floating bridge broke away and it sank. Federal Emergency Funds were used to help restore the west half of the bridge, which was reopened in 1982. Efforts to restore the east half proceeded from 2003 to 2009, and pontoon reconstruction began in 2006.

Located between Port Angeles and Sequim, this bed & breakfast inn sites on a bluff overlooking the Strait of Juan de Fuca. Encompassed by natural scenery, the inn offers resplendent views of both mountains and ocean alike, and wildlife frequent the grounds as if the man-made structure itself were just part of the pastoral. A breathtaking field of organic lavender stretches out atop a geothermal heating system, part of the inn’s natural and sustainable energy source. The inn’s namesake is derived from its namesake, George Washington’s home, which inspired the design and building of the inn. The accommodations are luxurious, comfortable, and the perfect complement to the natural beauty that abounds it.

More than just the setting for Stephanie Meyer’s “Twilight” novel series, Forks, WA is a scenic area of the Olympic Peninsula, situated near and named for the forks in four nearby rivers: nearby Quillayute, Bogachiel, Calawah, and Sol Duc rivers. At the town’s website you’ll find a handy travel guide and information about the area.

Sequim is a quaint, former farming town on the North Olympic Peninsula of Washington State. It is located in the rain shadow of the Olympic Mountains and only gets an average of 11 inches of rain a year, which gave rise to its own native cacti.  With easy access to hiking, fishing, boating, biking, and various other outdoor activities, Sequim has become a go to retirement location and attraction for nature enthusiasts.  The Dungeness Spit is the longest in the world, and draws visitors and seabirds from everywhere. The annual lavender festival draws large crowds every year and boasts several full time lavender farms.